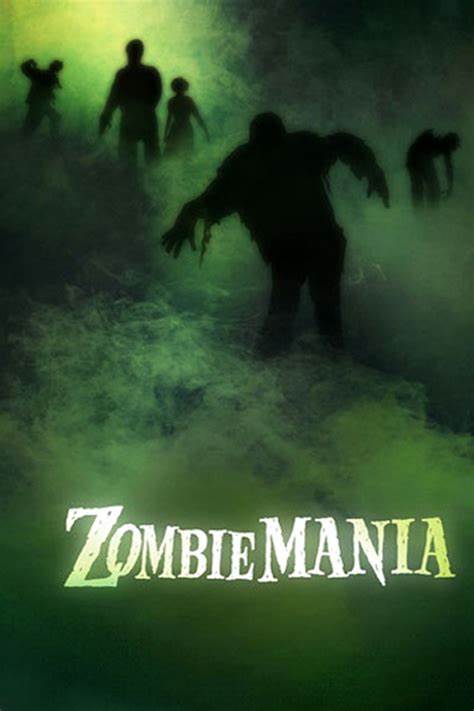 I suppose there is always time for firsts, and today is the Geek's first critical look at a documentary. Zombiemania is a lovingly crafted piece chronicling the development of the current zombie craze that is currently permeating popular culture. The footage originally aired on SpaceCast, a Canadian television channel which in unavailable here in the States. I personally was able to catch Zombiemania on Netflix via their Instant Watch option.

The director, Donna Davies, is clearly passionate for the subject matter and does a commendable job presenting the inner workings of the genre in a way mainstream audiences will comprehend. Although one doesn't normally think of zombies as being the most complicated of movie tropes, there in fact exists a very rich history surrounding their origins. Zombies as villains can be traced back to some of the earliest films, but they were not the typical zombies that we think of today. In older movies, like White Zombie or King of the Zombies, zombies were the result of voodoo curses or other magics. These are normal, living people whose minds have been ensnared and their bodies enslaved to do their master's bidding.

When George Romero introduced the concept of the modern 'living dead' zombie, he subjugated an entire genre's worth of previous works and folklore. In the documentary, Romero himself admits that he never set out to categorically redefine the zombie as he has a deep seated appreciation for those older types. In fact, he claims, he initially did not refer to his living dead monsters as zombies, nor did he intend them to be interpreted as such. Despite this, each of the interview subjects give credit to Romero for being the father of the modern movie zombie.

Zombiemania talks to a number of people knowledgeable about the zombie phenomenon, from actors and make up artists, to authors and anthropologist. A couple of the more prominent names on this list include Zombie Survival Guide author Max Brooks, and special effects wizard Tom Savini. Each speaker brings their own unique views to the discussion. Savini, for instance, goes into detail about the types of make-up and effects that go into making a walking corpse look as realistic as it possibly can. His contributions shed light upon the various advancements in both effects technologies and application techniques that  have occurred over the last thirty years. Max Brooks spends a good deal of time in seeming disbelief over the success of his two zombie-themed bestsellers, and showing his appreciation for the fans that are so dedicated to the concept.

Led by Brooks, the documentary spends some time exploring some of the more obscure facets of zombie movie fandom. One such trend that is gaining in popularity is the phenomenon of organized zombie walks. Essentially, groups of strangers gather together at a predetermined location, don costumes and make-up, and then make their way en mass to some secondary location, all while doing their best zombie impressions. It's presented as a fun, if somewhat sticky, way to spend an afternoon. As this sort of activity demonstrates, zombie fans can be very passionate and dedicated in ways that fans of other genres typically are not.

Zombiemania spends some time pondering what it is about zombies that appeals so strongly to the modern subconscious. The social commentary of the Romero films is touched upon, pressing the point that the underlying message of each of his films was always relevant to the decade in which the film was released. Night of the Living Dead has civil rights themes; Dawn of the Dead is about consumerism; Day of the Dead addresses ignoring the problem; and Land of the Dead about the increasing distance between the upper and the middle class. I have always felt that using societal context is a great way for Romero to add depth to his work. This lends a timelessness to his films, a property that endures even once the make up and special effects are long since outdated.

I really enjoyed this documentary, and felt it was a good use of the 56 minute runtime. Although there isn't a lot of material here that die hard fans are going to be unfamiliar with, it's always nice to see this information compiled into a single, accessible source. Having so much face-time with the big stars of the genre, both old and new, also helps to legitimize the proceedings for a wide swathe of an decidedly varied fan-base. That said, the documentary is not with its faults. The most glaring of these is the overly-energetic voice over work from a one-liner spewing narrator. I found that the humor contrasted poorly against the seriousness lent to the subject during the interviews. Given the ease with which one might be tempted to dismiss zombies as an academic subject, I felt the attempts at humor were somewhat ill advised (says the hypocritical man with humorously captioned pictures between every paragraph).

The Bottomline: Zombiemania is a loving tribute to a subject close to my heart. Although the lack of new information makes this geared more towards casual fans, any one who likes to see serious treatment of our chosen genre should be pleased.