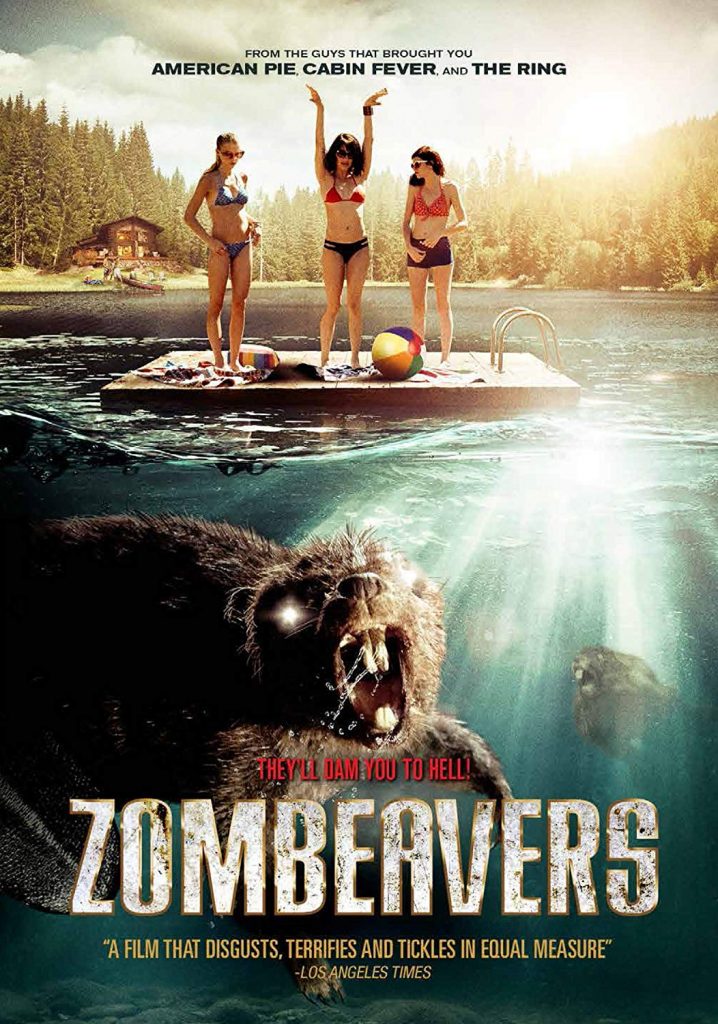 It's October and the B-Movie Geek, Doc Manson, is back to take the #Shocktober challenge! The quest? To watch 31 horror movies in the 31 days of October. The first flick? A fun b-movie creature feature and zombie combo called Zombeavers.

I found this gem on Netflix streaming, so if you're a horror fan with a subscription to that service then the barrier to entry is as low as it gets - no need to track down any kind of physical media. The movie starts with a pair of truckers making small talk with dialogue reminiscent of a Kevin Smith film. The action switches over to another car, this one filled with three sorority sisters with filthy mouths and filthier SnapChat accounts, seeking the refuge of a quiet, secluded cabin with no cell phone service.

Stop me if you've heard this one before.

The foul-mouthed dialogue continues with our sorority sister protagonists. I was a bit torn on the writing of these characters, as the amount of times I heard the word "bitches" in a ten minute period was approaching my personal limit. On the other hand, if I take a step back and try to imagine a groups of characters that might actually talk like this to each other, a group of coeds does fit the bill, even if it might be a stereotypical portrayal. At the end of the car trip sequence, I sort of had the impression that this was a group of college aged females written like stereotypical college males. I'm not sure if this was meant to be some sort of commentary by the screenwriter, or if this was just a male trying to write females the way that he hopes nubile young coeds talk to one another when alone.

After typing that last paragraph, I took a quick detour over the IMDB and found that Zombeavers has three writer credits, all of them male. Draw your own conclusions.

So, maybe I'm sounding a bit down on this film, but overall I enjoyed it a great deal. It has everything you want from a goofy b-movie. The zombified beavers are hilarious, and I appreciated the way that they seemed impossible to kill, even when in pieces, much like the zombies from the Return of the Living Dead series (You can check out my review of the first film in that series here). Zombeavers really explores its core concept, and even goes above and beyond my expectations for the film.

This might be considered a bit of a spoiler, so consider yourself warned.

Stop reading if you don't want the brilliance of Zombeavers spoiled.

Let's just say the Were-Beaver transformation sequence is amazing, and really fulfills the promise of the Zombeavers premise. I also appreciated the stinger sequence at the end of the credits, in which the filmmakers execute on a visual pun by suggesting that the zombie affliction is passed onto a hive of honey bees.

Get it? Zom-bees? Oh man, that's good. Also, I'm pretty proud of my own pun that snuck into the paragraph above - "Stinger sequence." Yes, I'm a dork.

That's the quality on display in Zombeavers. The concept is well thought out and is executed as well as you could reasonably hope. Also, for fans of the tropes of the genre, I can report that, yes, there is nudity and violence galore to be seen.

Zombeavers was a great kick off to the Shocktober 2015 season. Highly recommended for fans of horror silliness.