The Pick: I’m playing it fast and loose with my picks for Shocktober 2017. Instead of doing any extensive planing, I decided that I would make all of my picks from the streaming services to which I am currently subscribed. So, as I found myself scrolling through the countless titles on Netflix, I began watching the short, 30 second autoplay “trailers” that Netflix adds to each film. Now, I typically find autoplay videos irritating, but I figured if I was going to do this all-streaming Shocktober right, I should use all of the resources put before me. With some pumping electronica, flashing red lights, and some mysterious red hands emerging from a black wall, I had the impression that I was selecting a surrealist horror film of some kind. My watching The Black Room is a direct result of that autoplay trailer. 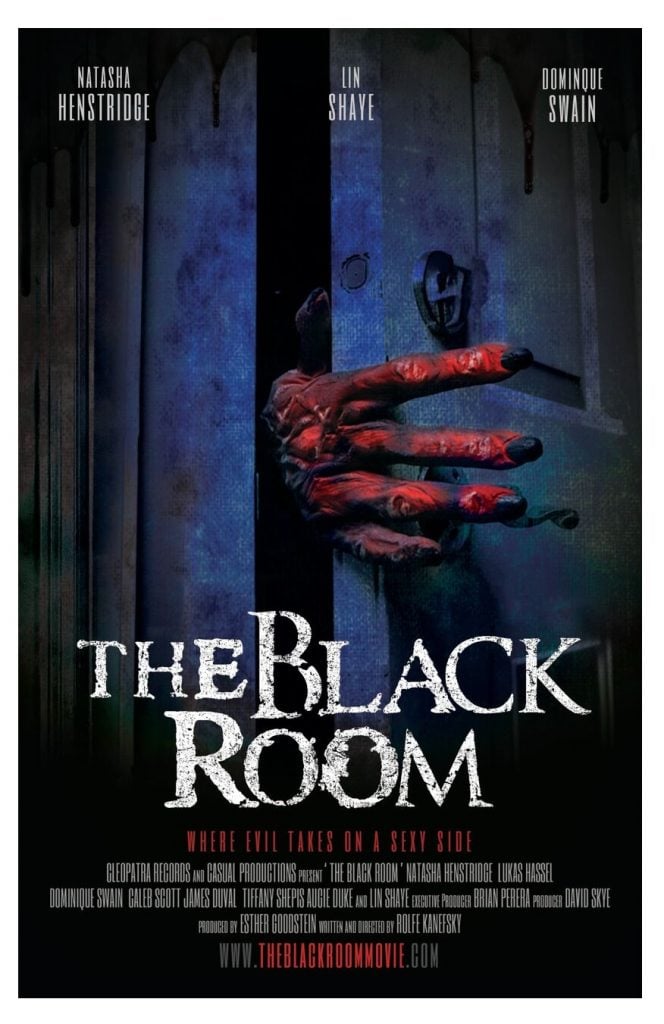 A nubile young blonde, staying with her elderly grandmother, is accosted by an unseen demon that makes her feel tingly in her naughty bits. The young woman seems rather content with the entire situation, and makes quite the show of moaning and writhing. There’s even a topless scene with the most impressive invisible demon-powered nipple manipulation special effect in all of recorded movie history. As can be surmised, The Black Room hits a very high bar in its opening few minutes. 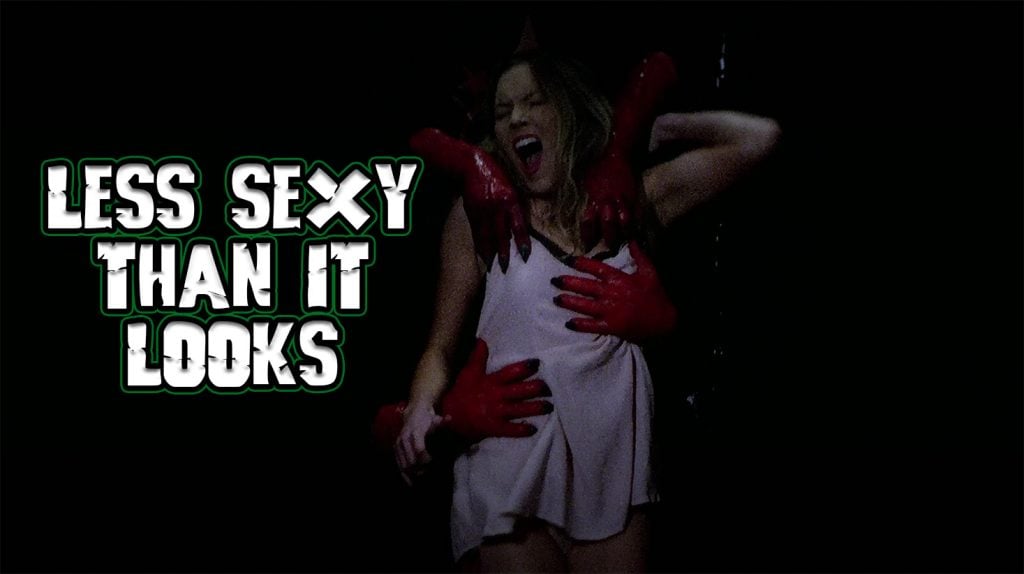 In terms of story, we skip ahead and are introduced to the protagonists of the film, a happily married middle-aged couple whom are buying the sexy demon house for a bargain price. Eagle-eyed horror fans may recognize the lead actress as Natasha Henstridge, who famously portrayed the sexual reproduction-obsessed human-alien hybrid, Sil, from the film Species back in 1995. I say eagle-eyed, because who on earth would be looking to recognize Natasha Henstridge in a low budget, horror nudie flick some 22 years after debuting in one? I suppose that is being unfair to Species which, as I recall, was a comparatively high budget horror nudie flick, but I digress.

Natasha gets to really express her acting chops here, playing against her unlikable husband, her unlikable sister, the unlikable neighbor, and the unlikable neighbor’s unlikable wife. There’s also an unlikable electrician in there, but at least he has a ton of great dialogue and makes all sorts of sexually suggestive gestures towards Natasha in front of her unlikable husband. I’m not entirely sure why an electrician was called about replacing a furnace, but at least he has the opportunity to say, “there sure is a lot of pipe down here” while simultaneously gesturing toward the HVAC ducting and his crotch.

Also, I’m not sure why”body horror” falls under the purview of an incubus, but he teaches a rude waitress a lesson by shrinking her breasts to complete flatness before placing her breasts on her back. We never really see what happens to this woman, but I can only image a very strange series of doctor visits are in her future.

Anyway, spoiler alert, the demon gets sent back to hell, but not before transforming into a sexy and very nude lady demon because, uh, reasons. And then Natasha and her husband go back to their lives. The end. Oh, and the movie ends on the note of the two of them engaging in some sweet-ass sex, made all the sweeter since, during the possession, the incubus made the husband’s dick way huge. So, Natasha’s sister and all of their friends are still dead, but whatever! Sweet-ass demon-dick husband is here to stay!