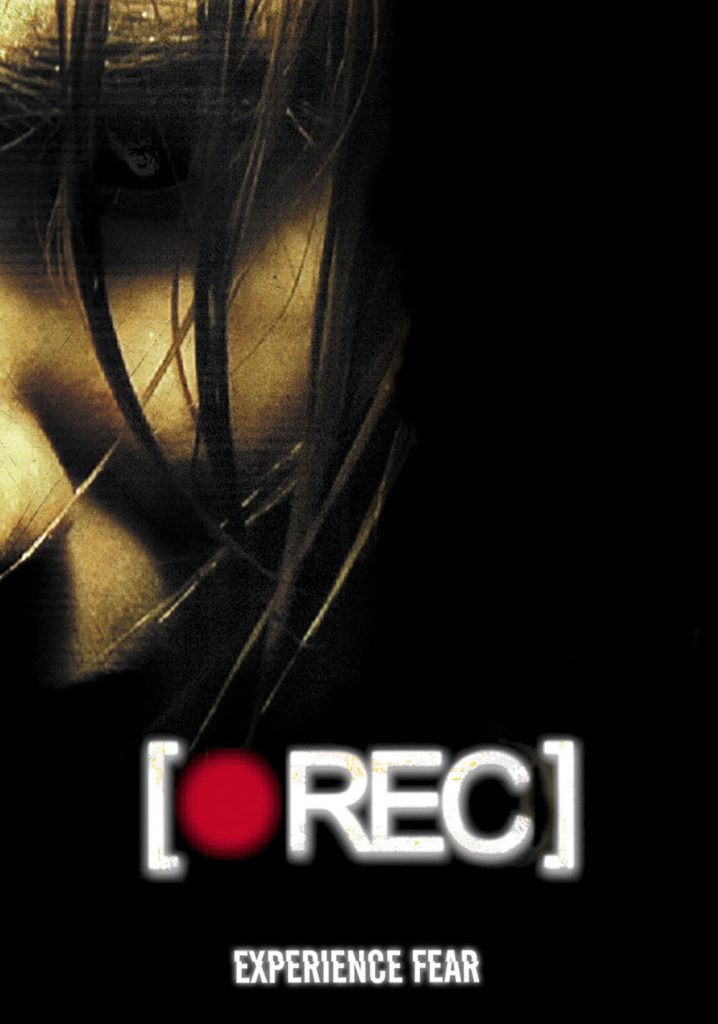 [REC] is a Spanish horror film that was released in the UK in late 2007. The film is presented in the first-person perspective via the somewhat common shaky-cam technique. Unlike some other shaky-cam films (Blair Witch Project, Cloverfield) the film footage still has a produced feel to it and helps the film feel like a more proper cinematic experience. After its successful international run, the rights to [REC] were optioned and a near shot-for-shot remake known as Quarantine was released in October 2008.

The story of [REC] centers around the host and cameraman for a local television program, "While You Were Asleep." They are tasked with accompanying the fire station night crew on their daily rounds, including any calls that should happen to come up. The opening scenes spend the most time establishing the character of the lead female, reporter Angela Vidal (Manuela Velasco). Occasional backstage footage showing Vidal dropping her reported persona reveals a no-nonsense, shrewd young woman whom isn't necessarily enjoying her current assignment. The cameraman, Pablo, is less fleshed out and his face never actually appears on screen. Pablo has very few lines of dialogue, almost as if the filmmakers want the audience to imagine themselves physically placed into this character's shoes. It is an interesting and subtle device that works well within the context of the film.

The firemen receive a phone call regarding a woman whom is trapped in her apartment. The film crew and two firemen respond to the call and promptly arrive on the scene. Two police officers have already arrived and are awaiting the firemen to help break down the door to the apartment in question. Angela and Pablo interview the tenants that have gathered in the building's lobby and discover that the emergency phone call was placed by another resident that had heard screaming coming from within the apartment. The film crew accompanies the emergency personnel upstairs and documents the events that occur inside.

Once in the apartment, they find a hysterical old woman whom does not respond to their attempts to calm her. The situation quickly escalates when the old woman tackles one of the police officers and graphically bites a piece off from the side of his face. One of the firemen and the other police officer help carry the wounded man downstairs to the lobby, leaving the other fireman to manage the situation with the old woman. When they reach the lobby with the quickly bleeding to death police officer, they and the rest of the residents find themselves unable to open the front door. Additional police and public health officials have barricaded the building and are initiating a quarantine, trapping the residents inside.

There are two aspects of the film that are likely to be dividing amongst horror fans. The first is a minor point but it needs to be addressed. [REC] is a foreign film and as such all of the actors are speaking in Spanish. The DVD does offer an English dubbed soundtrack, but the quality of the voice overs are of course substandard in comparison to the native audio. I would highly recommend turning on subtitles and watching the film in with the original soundtrack.

The second aspect in need of addressing is the first person perspective in which the film is presented. The shaky-cam gimmick can be somewhat difficult for some audience members to tolerate for the feature length. The only consolation I can offer those folks is that the shaky-cam is well executed and there are only a few scenes which I would identify as prone to causing motion sickness. I find that the general high-produced image quality of the film helps offset this to some degree.

A peeve of mine related to first person perspective mini-genre is the need by the filmmakers to directly address the "Are you really still recording?" issue. Simply put, in a real life emergency situation a rational human being would set the camera down instead of continuing to document the events happening to them. Instead of accepting that most audience members are willing to suspend their disbelief in exchange for this presentation style, some filmmakers feel the need to constantly justify the characters' actions through repetitive scripting and dialogue. I find this solution tends to make the situation worse as it serves as a constant reminder to the audience that there is a very large gap in logic within the film's continuity. I would personally prefer that the filmmakers ignore this conceit altogether and assume their audience is simply wiling to accept the trespass. Happily, although [REC] is guilty of this to some degree, it is much more tolerable here than in some other recent examples of the technique (Diary of the Dead).

[REC] is a very well paced movie whose creators are clearly very well versed in the mechanics of the horror genre. Given the film's relatively short 80 minute runtime, the number of effectively crafted scares are especially impressive. Some of the turns in the plot are a but overly telegraphed for my liking, but even when I was anticipating specific moments they were still delivered in unexpected ways. Like many other foreign films, although much of the action and horror of the premise is grounded in the real world, the ending of the film has decidedly supernatural overtones. If I had any complaints with the film it might be that these other worldly themes seems to come up only in the last moment and are never sufficiently explored so as to satisfy the questions that they simultaneously raise.

The Bottomline: A fun horror flick that should be seen by all fans of the genre. Quite frankly, it is movies like [REC] that justify my love for the horror genre.