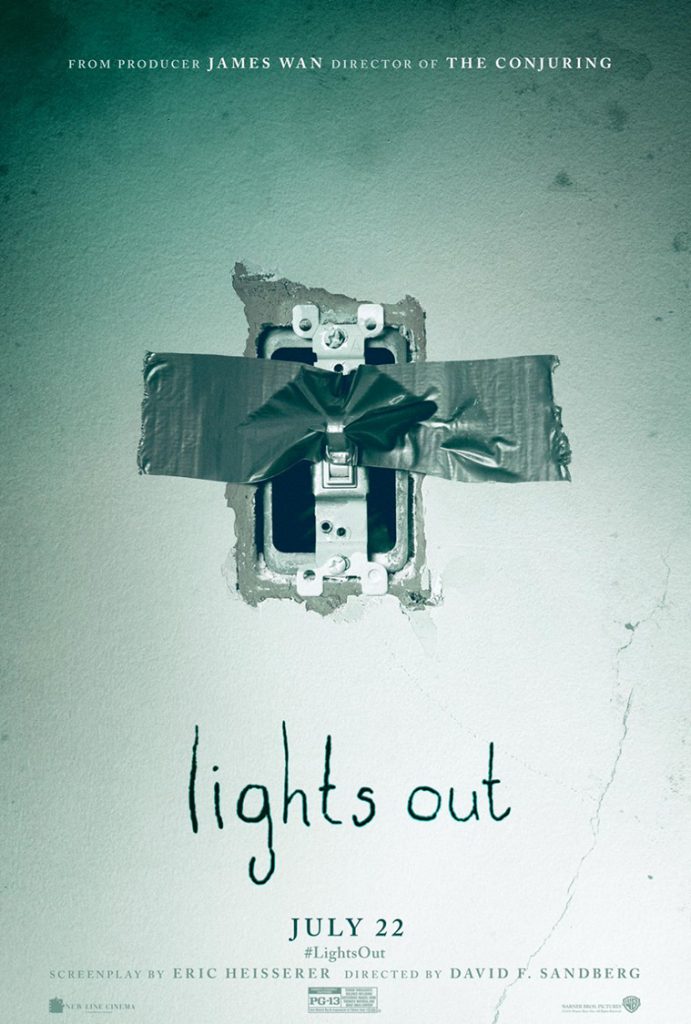 The Pick: Lights Out began life as a 5 minute short film, which I had the pleasure of stumbling across on one of my many journeys across the vast wilderness that is the internet. So impressed by the originality and execution of this short film, that I even wrote a quick blurb about it in a much earlier article on this very website! That said, I've been interested in this particular film for longer than I ever knew a feature-length film was to be based upon it. This Shocktober season seemed like the perfect opportunity to finally catch up.

The Film: In some ways, the feature-length Lights Out film follows in the footsteps of classic supernatural slasher films, like Halloween, Friday the 13th, and A Nightmare on Elm Street. This is doubtlessly good company to keep. I really adore the underlying conceit at the heart of Lights Out, that of a monstrous creature that only physically exists in the absence of light.

I thought it was interesting for the film to give its other-worldly shadow monster the name Diana. This alone makes it difficult to not want to draw comparisons to other named slashers, like Michael, Jason, and Freddy. It's that last one with whom Diana shares the most common ground, but even still, she remains a fresh and original entity throughout the film. The central conceit of the character remains a great concept, and it allows for some fun visual tricks that are well-mined throughout the length of the film.

Still, the movie falls flat for me when it comes to basically everything aside from the basic nature of Diana. To be more specific, I really adored that concept in the Lights Out short, but was less fond of the complicated backstory added in the feature length film. Frankly, the medical science explanation of how and why this creature exists was a bit too goofy for my tastes. Still, Diana did get quite the upgrade if you're considering her appearance in the short as compared to the film.

Further, I found most of the characters relatively one note and, frankly, boring. The main protagonist of the film also makes some off decisions once the nature of Diana becomes better known to her. Arming yourself with only a crank-operated flashlight with short battery life seems like a poor choice, especially when there has to be a Walmart with all the giant LED lanterns and size D batteries you could want within a 20 minute drive.

Finally, and this may be verging on spoiler territory, but I also didn't care for the "relationship" that Diane shares with one of the other characters in the film. Namely, having Diane's physical manifestation be somehow linked to the expression of another character's mental illness. Admittedly, this isn't a story I've seen before, so while it does feel like original territory, I'm not sure a goofy slasher movie is the exact right cinematic vehicle for what is ultimately a pretty heavy message about mental illness and suicide.

Between the two, I'd probably just watch the short again.